The G20 Leaders Summit held on October 30 and 31 concluded the 2021 edition of the forum under the Italian Presidency. While the need for cooperation and the results of multilateralism were emphasized and valued during the debates - in particular by Italian Prime Minister Mario Draghi - the conclusions of the summit’s final communiqué demonstrate the difficulty of reaching a consensus in this arena despite the universal nature of the challenges.

- An international tax of at least 15% for multinational companies

One of the main outcomes of the Rome summit was undoubtedly the agreement to introduce a minimum 15% tax on multinational companies by 2023.

On climate change, however, the commitments of the leaders of the world’s 20 largest economies were more measured, despite the opening of COP26 on the day the G20 concluded.

- A reaffirmation of the objective of limiting global warming to +1.5°

The G20 reaffirmed the most ambitious goal of the Paris Agreement to keep the average temperature increase to +1.5°C in 2100 compared to the pre-industrial era.

While all member states have agreed to achieve carbon neutrality by "the middle of the century", their statements also remain unclear, as to the measures to be adopted.

Among the financial announcements made on this occasion, the Italian Prime Minister declared that Italy would triple its contribution to the fight against climate change, to the tune of 1.4 billion dollars per year, over the next five years.

The G20 countries have committed $100 billion (approximately 86.5 billion euros) of the $650 billion in Special Drawing Rights (SDRs) issued by the International Monetary Fund to address the crisis following the Covid-19 pandemic.

After France, the United Kingdom, Italy, Spain and Canada took the opportunity of the G20 to announce that they would redistribute 20 per cent of their SDR allocation (or $45 billion) to the most vulnerable countries. Japan has pledged to reallocate $4 billion of its SDRs to low and middle income countries.

Other G20 member states may announce additional contributions. All of these pledges are subject to approval by national parliaments.

Financial announcements were also made by several states in the fight against the Covid-19 pandemic:

- Creation of a Working Group on Pandemic Preparedness and Response

Despite the support of several members, led by the United States, which wrote an open letter co-signed by its finance minister and his Indonesian counterpart, the proposal met with opposition from several emerging countries, which were in favor of leaving it to the WHO to manage these issues.

The final compromise resulted in the announcement of the creation of a dedicated technical working group within the G20.

- A conference on women’s empowerment to come

Last notable point of commitment, the G20 proposed a future conference on women’s empowerment in the coming years and committed to implementing a roadmap to meet and exceed the Brisbane target (reducing the gender gap in labor force participation by 25% by 2025).

- A lack of clarity and ambition for civil society

Denouncing a shrinking space for civil society by an increasing number of governments, the Civil 20 – the G20 engagement group mobilizing 550 civil society organizations - and many NGOs regretted the lack of ambition and clarity in some of the G20 commitments.

Civil society organizations particularly highlighted the lack of progress on vaccine equality, with the G20 concluding with no agreement to lift intellectual property rights at the WTO to facilitate the production and marketing of vaccines, diagnostics and treatments.

On climate, the C20 called on the G20 to take concrete measures and actions such as the elimination of all public subsidies to fossil fuels.

The announcement of the upcoming conference on women’s empowerment was deemed insufficient by civil society. Among its recommendations, the C20 called for the creation of an official working group and ministerial meeting dedicated to gender and women’s empowerment within the framework of the future G20.

Global Health Action has issued a press release in reaction to the G20 final statements regretting the lack of progress in financing the response to the current health crisis and the lack of vision of the G20 to prepare for future pandemics: Making health a global public good: a mission impossible for the G20.

Action contre la Faim and the members of the Global Coalition for Social Protection Floors also regretted that the G20 did not make concrete progress towards the establishment of a Global Fund for Social Protection. This measure, made all the more necessary by the pandemic, has been called for by civil society organizations for nearly 10 years. It aims to promote universal social protection measures in low-income countries, particularly during the first 1,000 days of a child’s life, and to support the economic empowerment of women.

C20 Policy Pack 2021 – Building a sustainable future for all 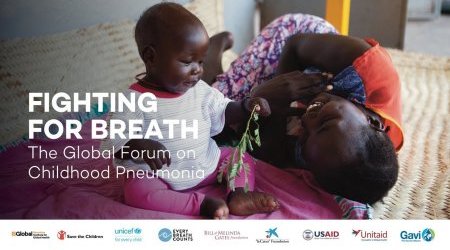 From 29 to 31 January 2020, the Global Forum on Childhood Pneumonia was held, co-hosted by our partner ISGlobal, among others.

Citizen action on Covid-19: Standing together in the face of the global pandemic

In the face of an emerging global economic, social and health crisis resulting from the COVID-19 pandemic, over 30 national and international organizations engaged in the fight against poverty and inequalities, the promotion of gender equality and human rights, and the fight (...) 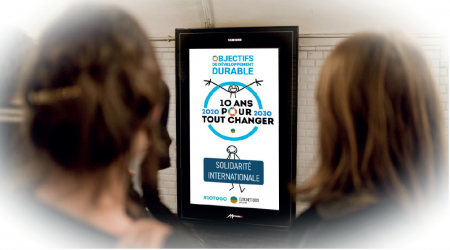 THIS IS THE END OF BUSINESS AS USUAL! IT’S TIME TO FINALLY ACHIEVE THE SUSTANABLE DEVELOPMENT GOALS!

Elyx invites itself to all the stations and metro stations in France to remind the world of the urgent need to implement the Sustainable Development Goals. A project carried out by the Elyx Foundation and supported by Focus (...)