In 2021, for the first time in 26 years, a global conference on women’s rights will be held, beginning in Mexico City in March and culminating in Paris in June 2021: The Generation Equality Forum. To contribute to the success of this major event and to advance women’s equality and rights, Focus 2030 will support and coordinate a group of civil society actors mobilized on these issues ahead of the Forum to be held in Paris in from June 30 to July 2, 2021.

In 1995, 189 countries committed to the Beijing Declaration and Platform for Action a forward-looking blueprint to advance women’s rights and gender equality. A quarter-century later, UN Women and the Governments of France and Mexico launched the Generation Equality Forum, a multi-stakeholder and multigenerational campaign and platform to accelerate collective action for gender equality.

The Generation Equality Forum (GEF) will be launched in Mexico City, Mexico from March 29-31 and will conclude with a high-level event in Paris, France from June 30, to July 2nd 2021.

The Action Coalitions of the Generation Equality Forum

The Action Coalitions are the mechanisms to establish global, innovative, multi-stakeholder partnerships to mobilize collective action from governments, civil society, international organizations, and the private sector for measurable impact on gender equality and girls’ and women’s human rights.

The Action Coalitions bring together United Nations’ (UN) member states, feminist and women’s rights organizations, youth-led organizations, philanthropic entities, the private sector, and other international organizations. These action coalition « Champions » will identify concrete measures to be taken over the next 5 years. There are six coalitions, centered on the following thematic areas:

Issues such as financing, transforming gender norms (including engaging boys and men), law and policy reform, education, gender-disaggregated data and accountability, addressing intersectional discrimination, and addressing structural inequalities are cross-cutting themes across all the Generation Equality Action Coalitions. The role of girls and women in fragile and conflict-affected settings, as well as the issues they face in these contexts, will also be addressed within specific Action Coalitions. Adolescent girls and young women are also a priority focus throughout all of the Action Coalitions.

The French government, along with the governments of Argentina, Burkina Faso, Denmark and Macedonia, has committed to be a "champion" of the Action Coalition on “Bodily autonomy and sexual and reproductive health and rights” (SRHR).

Focus 2030 has chosen to include gender equality as one of its key programs for the year 2021 and beyond. In this context, Focus 2030 is providing financial and technical support to their partners in the implementation of their activities in the fields of communication, research, citizen mobilization and advocacy to ensure that the Forum is a success, and that concrete measures and financial commitments are made at the Forum to be held in Paris in June.

Its goals are to provide the necessary incentives for France to demonstrate leadership in convening a critical number of Heads of State, CSOs and the private sector to make a difference and set gender equality at the highest level on the international community’s agenda. In addition, these activities will support the reflections of six “action coalitions”, constituting the backbone of the FGE.

Focus 2030 is also leading a #GenerationEquality working group with organizations involved in gender equality and the promotion of women’s rights, in order to create a common dynamic, share information, action plans and define joint strategies around the Generation Equality Forum. 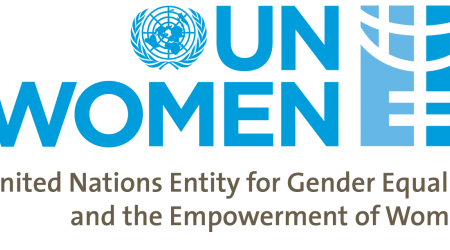 Ahead of the Generation Equality Forum, Focus 2030 and Women Deliver conducted a groundbreaking survey of 17,160 adults representative of the population in 17 countries to capture their opinions and experiences of gender inequality : "Citizens call for a gender-equal world: (...) 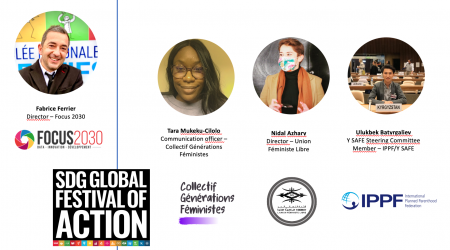 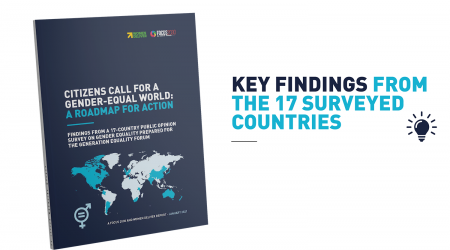 On the eve of the Generation Equality Forum, Women Deliver and Focus 2030 publish a report on citizens’ perceptions of gender equality in 17 countries. Discover the 13 main findings of the survey. 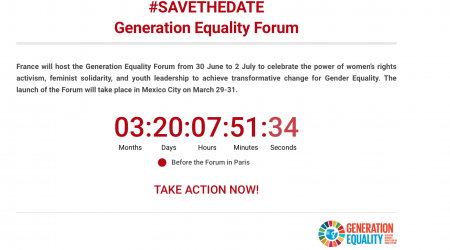 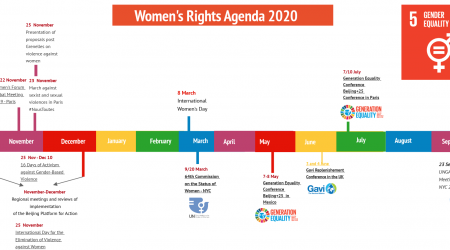 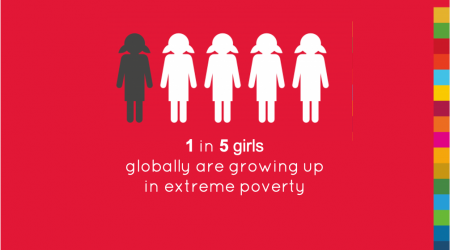